Cycling in the Camargue - 1. part

A bike ride through France's most beautiful natural park

Riding your bike through the Camargue in late summer is pure relaxation for body and soul. If you can not relax here, you will not make it elsewhere. The infinite space, the intense light, the fresh sea air, the intense nature deserve to be experienced by bike. Alternative mobility still offer by the Camargue horse or the own feet. By car you miss the most beautiful corners. Many roads are also closed to cars and motorcycles and even the hurried cyclist has to stop very often to take in the breathtaking scenery. It is overwhelming.

France's swampy landscape with its own flora and fauna has been declared a nature reserve by 1970. A part of the Rhone - the "Petit Rhône" flows into the sea here. What sounds tranquil is actually the largest river delta in Western Europe. The huge alluvial land of the Rhônedeltas is good for growing rice, for fruits, tomatoes, melons and rare shells, which are collected by very few shell collectors in laborious manual labor. There are around 400 different species of birds, the most famous is also the symbol of Camargue - the flamingo in his pink plumage. Black bulls and Camargue horses often live in almost wilderness, but are bred specifically for tourism and bullfights in southern France.

The Camargue is one of the largest wetlands in Europe and therefore flat. For cyclists, it is always paradise, if not just the mistral blows. There are lonely country roads, sandy tracks, graveled slopes and hundreds of trails that lead to nowhere. This is a road bike from the prey scheme, all other wheels can be used without hesitation. The wider the tires, the more driving on the numerous sand tracks, on the beach near the waterline and in the swamp fun! If a bike could somehow swim, it would be perfect ...

In the Camargue you are always everywhere right on the water 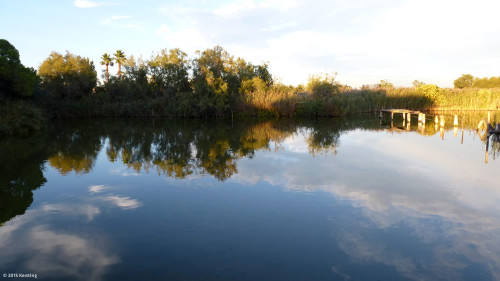 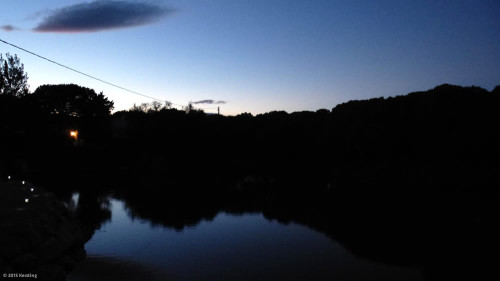 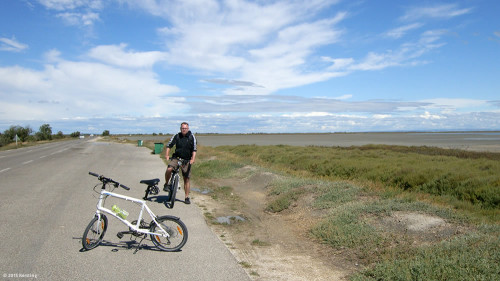 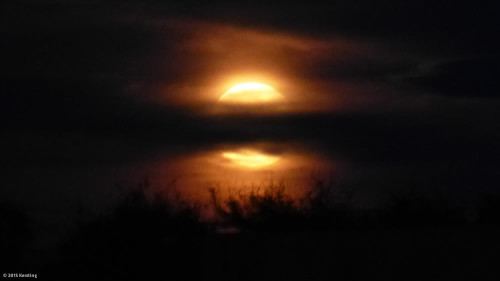 At the beginning of september we receive our small apartment for 12 days Mas Lou Faro in the Camargue. The small accommodations are called "Gîtes". The view from our terrace directly on the lake is fantastic: In the morning you can feed the duck and then the fish at breakfast. Thousands of baby fish are snapping at tiny, finely grated breadcrumbs. In the evening you listen to the isolated frogs at sunset and a glass of red wine. The small apartment is painted pink on the inside, Spartan equipped and as usual here in the south of the Grande Nation just "très Français". The sympathetic landlord couple originally comes from Belgium. A small tube TV shows us punctually for supper, what the president of Madame Merkel's policy holds. We came by car and brought our own bikes. A well maintained mountain bike from the 90 years and a sturdy Dahon folding bike. To buy a baguette in the morning we have to go straight to the wheels about 2 km to Saintes-Maries-de-la-Mer, since there are no shops in the hinterland - but you have his absolute peace surrounded by nature.

As a nature reserve, the Camargue is ideal for cycling 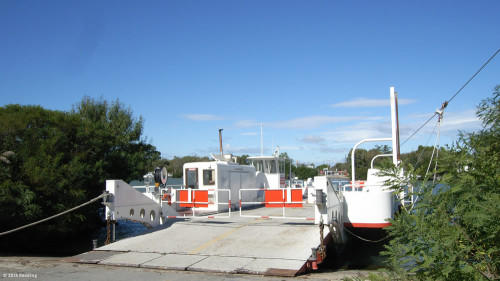 Our first bike ride takes us via the D85 to the "Bac du sauvage", a small car ferry that brings us on the other side of the Petit Rhône for free. Our landlord told us that it often comes to long jams here in front of the ferry, because not all cars can always be taken immediately and the ferry sometimes takes longer breaks. This is not a problem for cyclists and pedestrians, as they can always find a spot and always ride with them. 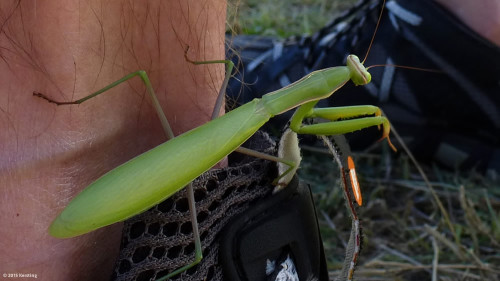 Just before the ferry leaves with our bikes, I have a mantis on my leg. I've never seen such an impressive insect in the wild before. Speaking of insects: Although there are a few mosquitoes here in the evening, but surprisingly not very many. Maybe it's the slightly salty brackish water, or the strong mistral that provides a constant breeze. In addition, we had an electric mosquito repellent in our room overnight - and thus our peace. 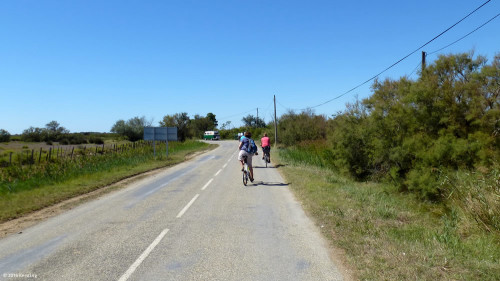 On very empty roads you can especially enjoy the nature in the Camargue on your bike. The road surface is pleasantly smooth and only occasionally passes a car. That makes bike paths almost superfluous. 2013 we are here like almost all other cyclists still without bike helmet driven, meanwhile I would tend to a helmet here too. This also protects from the sun, the intensity of which is barely noticed by the constant, cool breeze. The wind also dehydrates you on the bike very fast, so a lush supply of water is recommended for every short bike ride. 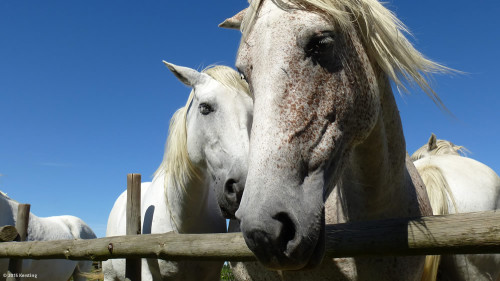 The white ones Camargue horses Some are still half free but always "branded" by their owner. They are used as workhorses and for riding and have very wide hooves so that they do not sink so quickly in the moist soil. You can also eat underwater with closed nostrils. As soon as you leave the slopes and trails, running and of course cycling becomes very stressful as the marshy land is really hard to get through. 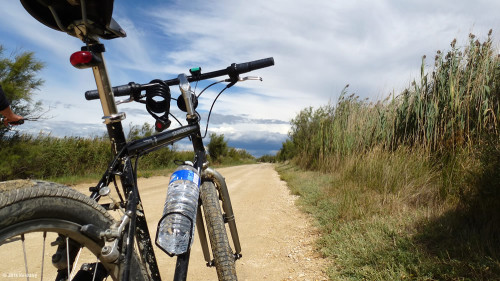 My old MTB comes from the wild student days, but still drives very well. Equipped with wide balloon tires and a cup holder for 1,5l standard PET bottles, it is very well suited for the rough conditions here on the slopes. The bike tours here are particularly demanding for material and cyclists, when it has rained. Unfortunately, we have also seen motorists ruthlessly scuttle with their good 80 km / h over the wet clay slopes Sunday on their favorite spot. Greetings from Paris-Dakar. 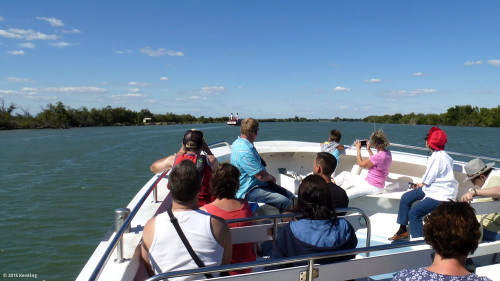 An excursion by boat into the hinterland of the Camargue, which is really worthwhile: on the Petit Rhône, the landscape can be explored particularly comfortably. There are bulls, including breeders, vegetable & rice fields, bird swarms, antique wagons as houses and adventurous, self-built berths for boats. The photo shows that the "little Rhône" looks more like a huge stream. Only here on the boat, one becomes aware of the infinite abundance of water of the Rhônedeltas. If you live here, a small boat is just as useful as a transport as a bike.

Camargue bike rides open in Google Maps. Not shown is the possible tour to Arles.


Tour suggestions: Start from the central Saintes-Maries by bike

2. Part: Cycling in the Camargue