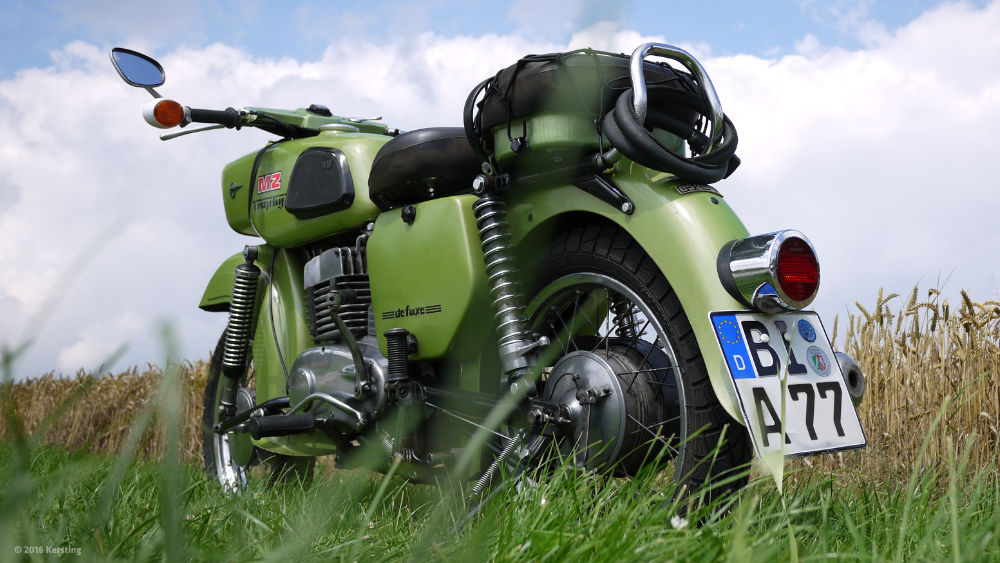 The MZ ES 250 / 2 continues to polarize today. Actually, the 250er was so indecent ugly even before 50 years that many people find the DDR design somehow nice again today. The "ES" stood at MZ as an abbreviation for "Einzylinder swingarm". This is also an insider joke, because there was never more than one cylinder next to the BK 350 (a two-cylinder Boxer two-stroker) in the east of the republic. So what makes the ES 250 / 2 so special?

There are the huge MZ-ES fenders made of solid sheet metal, with the tank firmly fused lamp cover along rectangular eingasster "TV lamp" and the massive front swingarm, which was deliberately designed for a sidecar, because there used to be few cars, or because in the GDR earlier about 10 years had to wait for a newly ordered Trabbi for an exorbitant price. The MZ was often immediately in the store. Solo, with sidecar for the family or even with stable load sidecar eg for craftsmen, who transported your tool and assembly material in it. Even today, MZ ES drivers come with their load side car like to motorcycle meetings and have instead of the girlfriend or your dog on the sidecar even a second vintage motorcycle. A really cool picture that impresses, at least as cool as an old Ami pickup with motocross machines or surfboards in the back.

If you drive on the old MZThe long stretched tank gives you the great feeling of gliding over the sea of ​​rolling roads on a dolphin or a whale. The something bockige 19 PS engine purrs vigorously over ultra-smooth roads and cobblestones, the soft suspension irons away everything, if you do not just scare the two-stroke engine. Above all, the old engine has steam directly from the speed cellar, he actually wants to be driven like a four-stroke engine. In spite of 156 kg fight weight the old ES / 2 does not slow down but the engine is a rough fellow, In addition to the high weight, the exhaust emissions are about the same as those of five hot-stamped two-stroke scooters. At the gas station, 300 ml two-stroke oil must be added to the tank to obtain a mixture of 1: 50 or 1: 60 to come, otherwise the engine gets stuck. A separate lubrication existed at MZ only in later models.

The consumption of about 5 liters of regular gasoline is still more than fully okay today, but the smell is very intense even with fully synthetic, expensive oil. The extreme harsh 4 gearbox degrades the dreamy country road connoisseur, however, to a pure machinist back to the pre-war era. Something went wrong here in the design, because the crunching wheel case is not considered to be particularly durable. Without thick boots, the MZ is not painless switchable. Between each gear is an idle, standing at the red light standing idle is almost impossible. Although the gears of the old MZ are rather oversized, the conical undercuts of the drivers like to noodle. As a result, the aisles fly out or can hardly be loaded: at the latest then the engine must be split.

But you lie over the long MZ tank and the insanity lamp really very relaxed bent in the wind. The wide, slightly angled handlebar is a dream: Deep relaxation is just as possible as more sporty gaits. At 120 km / h lying top speed but is complete with any comfort and good manners, the optimal cruising speed of the old two-stroke engine is between 70-100 km / h - just because of the nearly 50 years old Simplex drum brakes, which permanently ensure safety distance to the driver in front of the driver. The front brake does not even have its own brake light switch ...

Originally this MZ-ES photo session appeared 2012 on the New Zealand Cult-Bike Magazine www.bikeexif.com from Chris Hunter. The English language edition is ridiculously written and it hailed at that time interesting comments from readers scattered around the world. The MZ is still running today and complements my two-wheeled park to a still reliable, fascinating GDR classic car. 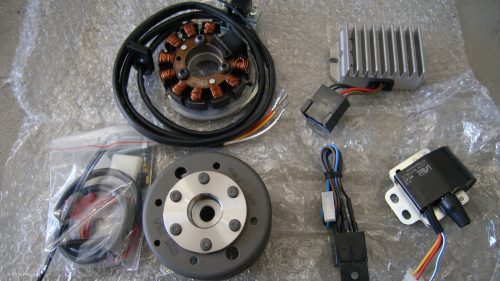 Contactless VAPE ignition for the ES 250 / 2

On my old website Simantik.de I have described in detail how to restore the old ES / 2 models for everyday use. This includes a very thorough inspection, where all wearing parts are replaced, and usually runs in several intensity waves for months. First, I have the old, completely worn-out Battery ignition as well as the knocked out BVF-carburettor (Berlin carburetor factory) exchanged for modern parts. Of the BING carburettors was re-injected several times until the optimum of engine run, performance and reliability was achieved. New tyres were mounted and registered. 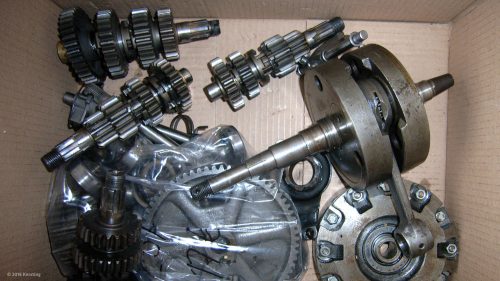 The drum brakes were outdated, the knocked out Storage of the front swingarm was repaired and the Electrics on popular 12 Volt changed. Gear parts had to be replaced All engine mounts and gaskets were redone because third gear was broken. I have only repaired the paint, and replaced missing trim parts against originals. Two comfortable Military Individual seats Instead of the seat and a modified headband of the MZ ETZ at the rear of the motorcycle provide the necessary comfort when driving and shunting. Several cables had to be relocated, soldered or reconnected, even a hidden USB port for the Navi is now there. 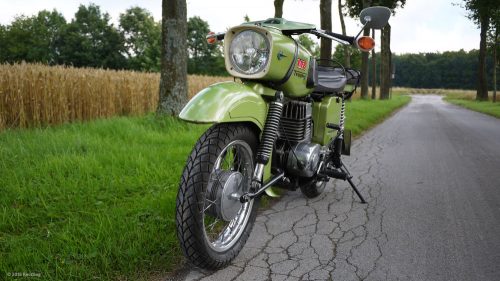 The striking front of the MZ is now considered cult

All Bowden cables were exchanged and partly made by hand. Shock absorbers and Exhaust were replaced by high-quality original used parts. After that, the old MZ ran really well and true reliable. I have stayed only two times until now, because I had no gas and a second time because the battery was empty. That can now be done with the contactless VAPE ignition not happen anymore. Finally, I have some concrete gray Aluminum parts highly polished, The charm of rust, two-stroke oil mist and patina put the age of the MZ in an authentic light. The motorcycles were formerly driven in the winter with road salt. 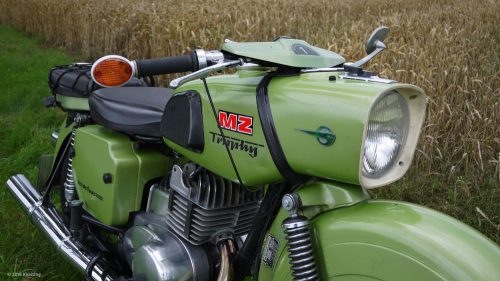 The electrics of all old MZ must be thoroughly overhauled, otherwise the exits always remain a game of chance. A new wiring harness is therefore useful, because the old was patched many times and the colors are no longer correct. I also strongly recommend replacing all bulbs with a set of NARVA bulbs as they will otherwise burn out due to the vibration and old 6 Volt electronics. At the gas station, there are no more 6 volt replacement bulbs. I felt safe only with modern 12 volt halogen light after installation of the maintenance-free VAPE ignition. 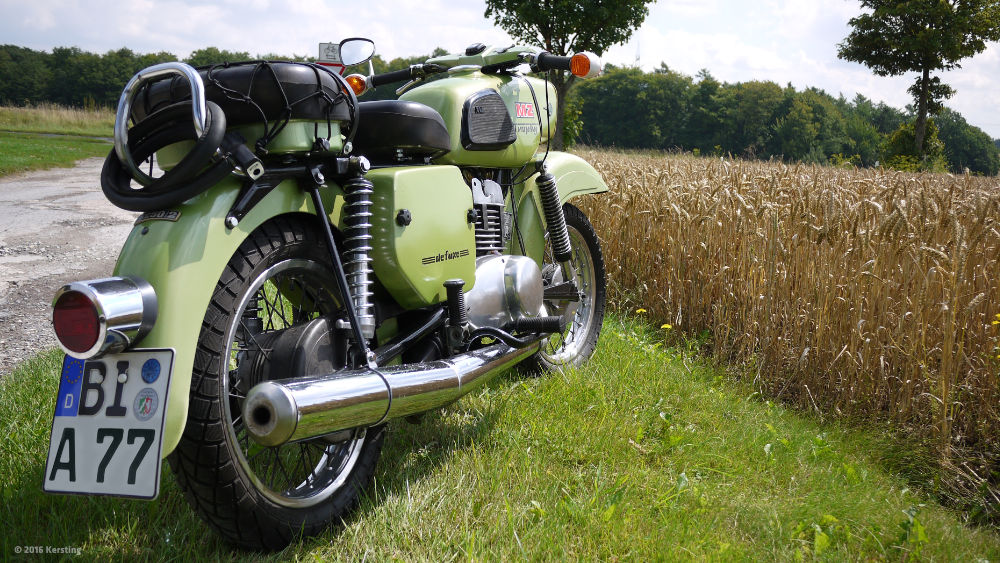 Classical-compact forms dominate the design of the MZ in a highly idiosyncratic way. The green MZ color is not original, but I left the paint job as it already had patina again. The transport network in the passenger seat has very often made unplanned purchases possible. The exhaust is from the ETZ 250, it is quieter and the engine runs a little better.

Sound and smoke from the MZ two-stroke exhaust

What I enjoy most besides the extremely relaxed cruising on the highway is the acceleration and sound in third gear. The extraordinarily elastic MZ engine pulls it with a really ultra-bold two-stroke sound in motocross style to the speed limit of about 80-90 km / h. This sound has not existed on public roads for a long time. It is, above all, a spectacle for the ears and a scent concert for the nose and not just stupidly loud. Already at that time would have been 250 cubic centimeter MZ two-stroke loose 40 PS in it, today certainly 65-70 PS - but that's not what this bike is about. The power of the two-stroke speed cellar and the archaic aura are more fascinating here. Here one MZ video from 2010 on Youtube.

Each gas change is clearly felt in the tingling hands, the engine wants to be kept on train, he does not want to stroll. He expresses himself by fussing, sliding sucking and a tormented whistling from the 4-gearbox gearbox. Overall, the MZ is a charming roughneck, the pilot is more machinist than motorcyclist-in. This is convinced by the low fuel consumption, which allows almost 14 km without refueling through the 300-liter tank. The dual adjustable struts with frame-resistant footpegs allow comfortable pillion operation. The chassis is quite good-natured and once the engine and electrics have been reasonably overhauled, then the old MZ is very, very reliable. 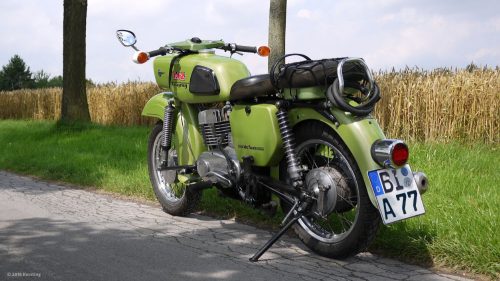 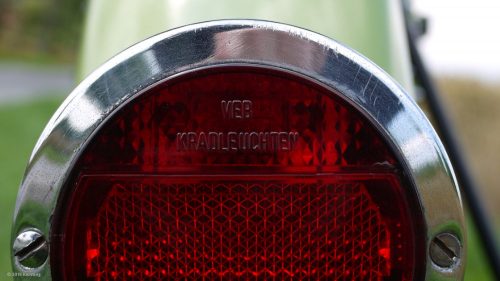 The MZ ES series was the first motorcycle with an elastically suspended engine and asymmetric headlights (6 Volt-Bilux). MZ has at that time very often the international ones Six day race, today's "Six-Days" won in a row, hence the additional name "Trophy", which was allowed to carry only the 19 PS version. In addition to the original 17 PS version, there was still a identical MZ ES 175 / 2, the engine, despite less power overall balanced and less rough ran. MZ was even the largest motorcycle manufacturer in the world at the end of the 60s.

MZ motorcycles for the people

For lack of foreign exchange and resources, the Zschopau-based designers developed a clever modular MZ system at that time, in which many spare parts of the various MZ models could be exchanged. They trimmed the engines for staying power, poor fuel economy and fuel economy, rather than performance. The motorcycle presented in the 60er years in the GDR still a real alternative to the car dar. The MZ-racing machines, however, were all hand-made single copies, which were painstakingly labored together by apprentices from high-quality material parts to hundredths. All international riders belonged to a strictly supervised competitive sports squad in the GDR. You can think what you want, but some basic ideas from the east of the republic were really efficient. Western automakers needed well 30 for this step for years to develop interchangeable platforms and compatible model systems. In the East this already happened in the 70 years - need makes you inventive. 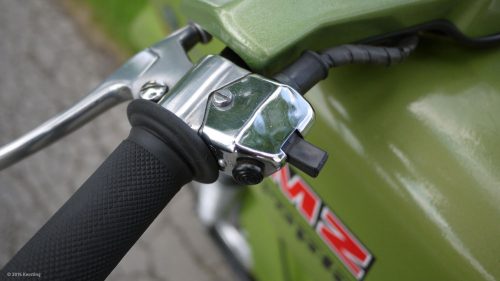 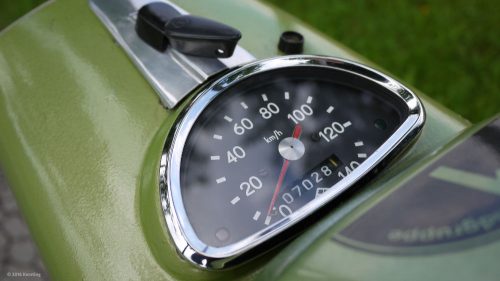 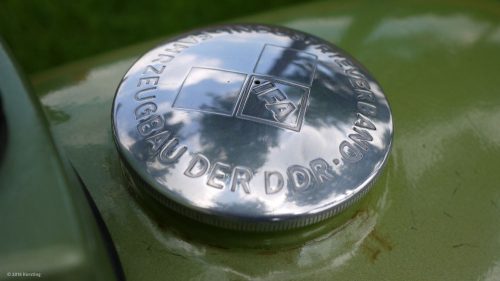 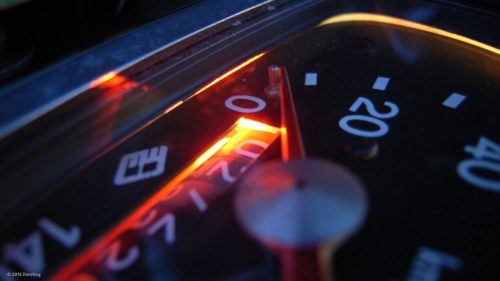