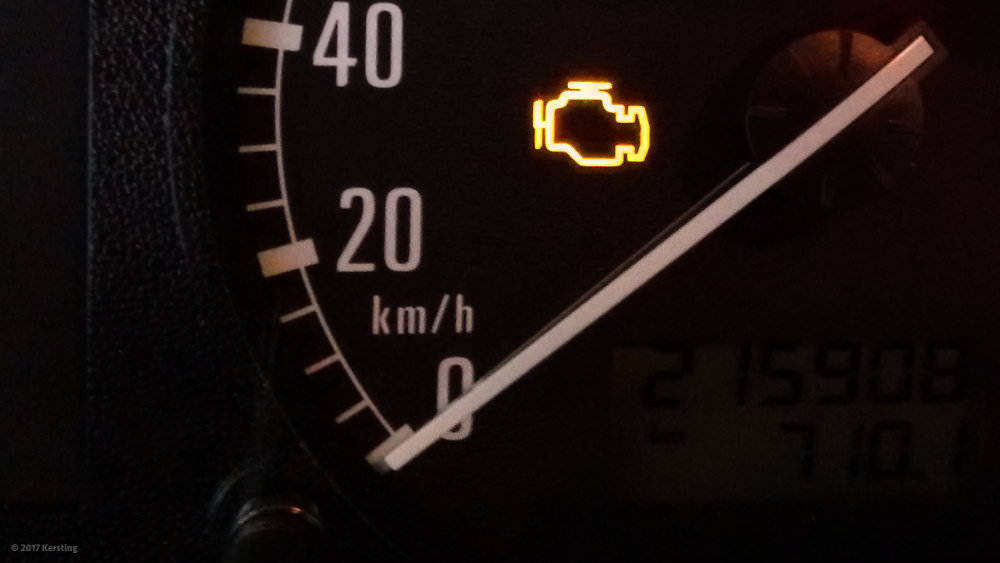 When the engine control lamp is lit.

A visit to a workshop is obligatory because it could be an important vehicle component defective. What almost always causes the driver a lot of frustration, because it follows a workshop appointment with the reading of the fault memory, the diagnosis and often a repair, or at least - if nothing is found - just a sudden urgently needed oil change. To the delight of the manufacturers and the workshops. Unfortunately, the lonely light does not tell the driver what's going on at all, but just: "Drive me to the workshop, there was a droplet of disgusting condensation in the fuel!"

For many cars, electronics are known to spin much too often. Electronic problems on cars are now the number one cause of failure in breakdowns. Because the manufacturers pack the car full of more and more electronic waste ex works. This is as old in the digital age after the latest five years as Grandma's tube TV. So even with the old Skoda Fabia Diesel 6Y, whose wiring harness is due to a design flaw in series in a water bath and years later, row after row for unqualified error messages in the cockpit. When I had the Fabia still relatively new, there were always any annoying flash lights with workshop visits. The wiring harness problem was solved by a conversion, but how long was the copper strand in my previous owner in the water? And what happens to such a lead ten years later?

The other day, on a hot day in the brooding parking lot sun, after the lunch break, my engine control light went on again. It beeped and flashed, the speedometer went on strike. ABS, ESP, power steering, all lights beamed at me. The procedure is then always the same: you drive annoyed to the dealer who reads via the onboard diagnostic system the error, The fault memory is then cleared. If the error does not come back, everything is fine for the check after paying 20 to 30 Euro. At least almost: Shall we just do the oil change? ....

I had no desire for my old car and just got myself an OBD 2 diagnostic device for just 40, - Euro: An AutoDia SX45 Pro, purchased from Amazon, specifically for VW, Skoda, Audi and Seat - say our Dieselgatefreunde. Almost 400 good reviews could not lie. Despite apparently good workmanship, the device with German user manual certainly comes from a low-wage country. AutoDia® also offers similar OBD devices for many other makes such as BMW, Fiat, Mercedes, Opel, Peugeot, Porsche and Asian models. 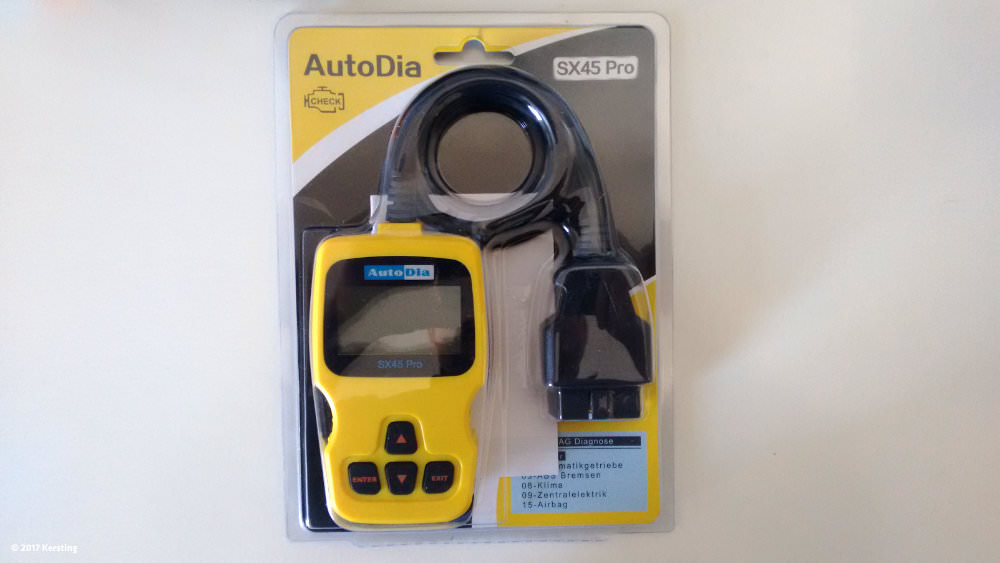 Facts about onboard diagnostics 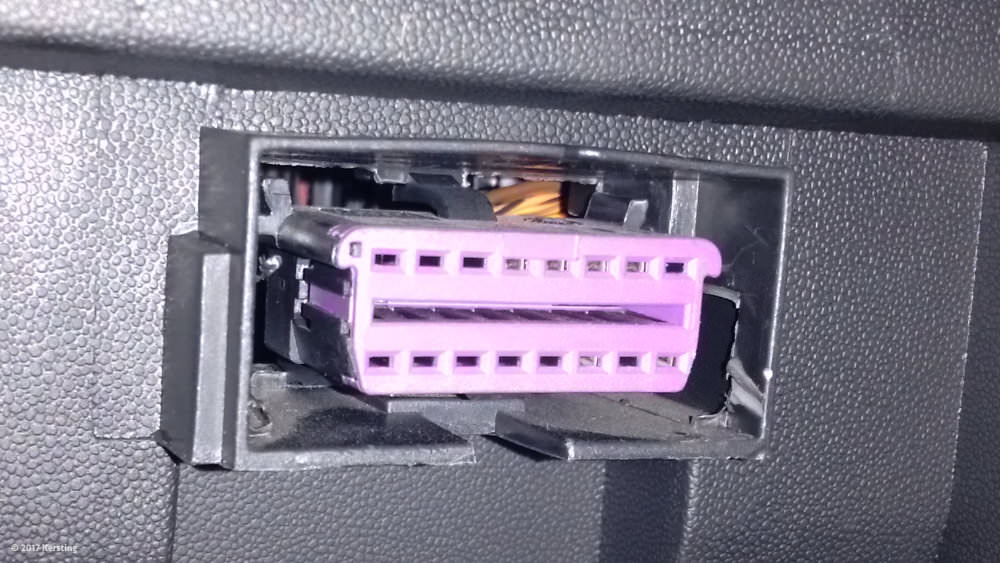 The standardized OBD2 socket on the Skoda Fabia. It often sits in the area under the steering wheel, hidden behind a plastic panel. 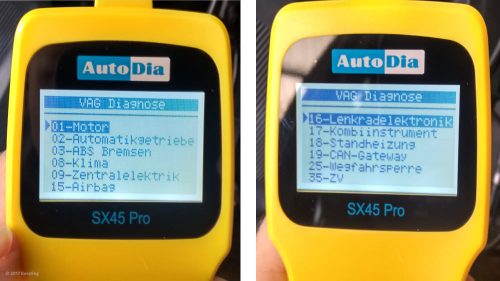 The AutoDia device is connected to the OBD2 socket, then you switch on the ignition. The device reacts with a simple main menu with basic settings. To check a Skoda, Audi, VW or Seat in detail you choose the "VAG diagnosis", Even other manufacturers can be checked, but then only the legally prescribed functions of exhaust emissions - that is, those who hide behind the engine indicator light. A worn exhaust gas recirculation valve or a defective lambda probe can probably be detected by yourself. 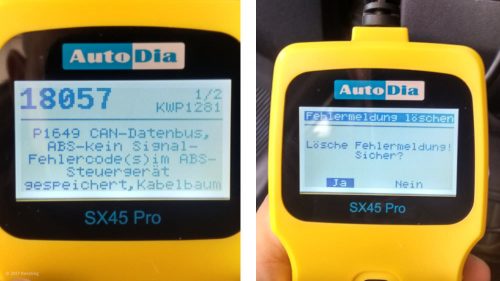 An error in the ABS control unit is displayed to me. It may be broken, it could also be a weak battery or again a Skoda cable fart. I can simply delete the error message with the diagnostic device and have to watch the whole thing. If the error reoccurs, there is most likely some problem that needs to be addressed in the workshop. But it may also be good that the lamp simply stays off. The reading and deleting errors with the device is certainly very easy. 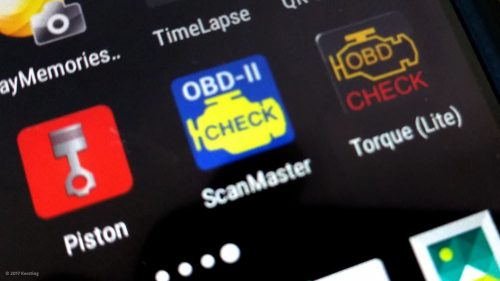 Two years ago I bought a cheap Chinakopie of the test Autodiagnosegerät ELM 327 - also on Amazon. This diagnostic device is a pure plug for the OBD2 interface, which is via Bluetooth connects to your smartphone via an app. The whole thing was for under ten euros, unfortunately it did not work. The Bluetooth contact could not be established. Neither the included app that contained a virus, nor the Android apps Piston, Scanmaster and Torque Lite, who have received relatively good reviews. 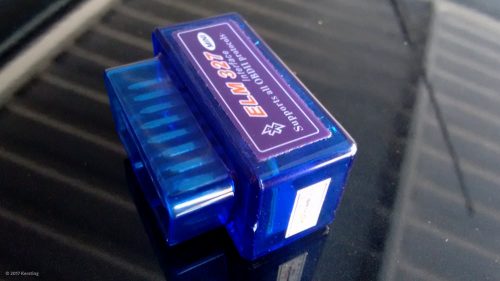 The apps themselves look good, but unfortunately the ELM 327 replica is useless. You can save yourself the money, the virus and the training. Surely there are other OBD2 Bluetooth adapters that work well with the apps.

In any case, I'm glad that for the first time since my 12 years I'm the master of my own data!

Diagnostic parameters that I was able to read out myself:

Notice: I did not do all the diagnoses because of time constraints. As the glow plugs permanently pre-heat the diesel when the ignition is switched on, I did not want to overstress the battery and the candles. On a first test drive after clearing the DTCs, the engine indicator light failed to illuminate. It went off with the engine running after two seconds. Of course, this is not a solution to serious problems: If the lamp goes back on, I will visit a workshop, after I read the error itself, but then will not delete itself, so that it remains traceable in the workshop. For simple repairs such as replacing the battery or a defective brake light switch But you can lend a hand and save a lot of money yourself.

Please note: I expressly assume no responsibility for the accuracy of this manual and any resulting consequential damages. Please drive to the workshop if in doubt.