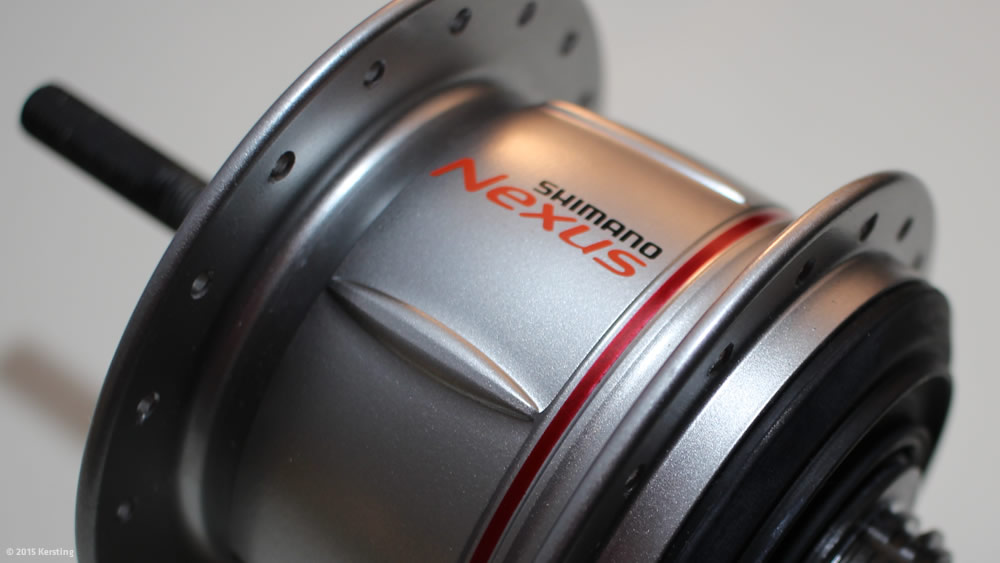 The photo shows the Shimano 8 gear hub Nexus Premium. There is still the Nexus standard version without the formerly red stripe, Alfine 8 gear, Alfine 11 gear, Nexus with resignation or for scooter or V-brakes and a diffuse series dispersion with various quality statements on the net. Let's bring light into the jungle of the Shimano hub gears, which are already noticeably different from each other, especially in the quality for frequent and high-speed interior. Unfortunately, the differences between the Shimano hubs are hardly ever documented. There is exploded Paul Lange, but who is going through it? My reason for this article.

Shimano hub gears - worth knowing before you buy

No matter what Shimano hub gears are built in, the bike dealer will love it as easy to handle, easy to maintain and completely comfortable. 100.000-fold sold, you can actually make no mistake. That's what he or she will say. You want a resignation like 1980? With the Shimano Nexus no problem, the model even exists with resignation. Unfortunately, this version is quite vulnerable, you often hear complaints in the bike forums: "The hub with resignation held no 500 kilometers", "China scrap by cheap production", etc. ... I personally believe everything. The quality of the hubs has decreased significantly in recent years. Many honest bike dealers confirm that the hubs run very differently and do not deny that Shimano sometimes had "problem hubs" or is still there. The whole thing is not so relevant for Grandma's city bike, because the 8 Gang Nexus is likely to hold on the typical target group "Unrivaled 50 +" over 200 km per year. There are problems especially when a bike is driven really sporty. I'd like to share two stories about the Shimano Nexus 8 gearshift that I've experienced over the past 10 years: 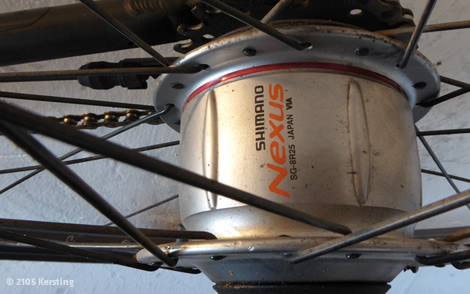 2005 I bought a Stevens City flyer with a Shimano Nexus 8-Gang Premium hub gear and am still thrilled to this day. The hub now has 7000 km down, the 4. Gang was always a bit heavier than everyone else and often cracks, but otherwise a very reliable & uncomplicated circuit, with which I still like to drive tours. This is the Shimano Nexus Premium freewheel version without resignation, externally recognizable by the red stripe. Very good before 10 years ago. Today still very good and also needed a wanted spare part. 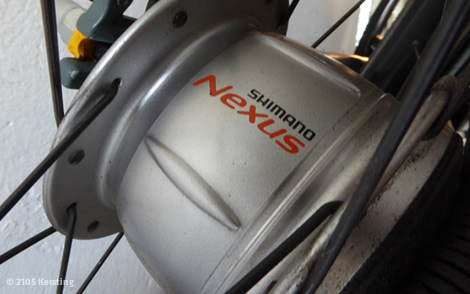 2011 I bought a Dahon Bullhead folding bike (For the first and last time a bike from the Internet) with a Shimano Nexus 8-gear standard hub gear and was disappointed with the circuit. In contrast to the premium version, the visually identical hub (outwardly without red stripes) lacks the smooth-running needle roller bearings. These have been replaced by cheap bearings and produce about 2-3% more internal friction. This is noticeable, for example, on the pedals, which want to constantly rotate in the freewheel while rolling. Even more, my fourth gear made noises and rubbed noticeably. I sent in the rear wheel, it was repaired on goodwill. Back came a newly greased rear wheel, especially in the cold rolled by a fat filling even heavier than before. I noticed that too late, because the sounds were gone for the time being. In the spring 2014, I then took the bike to a bike dealer with the request to remove all the grease, look up and oil the hub. The result was so ... noticeably better than before, but the sounds in fourth gear were back. The whole rolling and freewheeling feeling was a long way off, from the quality of the premium hub from my Stevens Cityflyer. Too bad, because the Dahon Bullhead is really not a bad bike.

Another request 2015, which would cost a brand new 20 "rear wheel with a new Shimano Nexus Premium hub: Incredible 380-420, - EUR! More than half of the whole folding bike. I therefore asked about it because the 28-Loch Shimano hub of my Dahon bike is no longer available and I can not find a suitable Nexus hub with 28 holes on the internet anymore. Not even if I recalibrate the rear wheel myself. So I have to buy a new 36loch rim and new spokes, to myself an 20 "Nexus Premium 8-Gang rear wheel einfastichen. Unfortunately, you can not buy it cheaply anywhere.

Addendum: A problem-free > Conversion of Nexus standard circuit to the premium hub is possible without spitting out the rear wheel.

According to wikipedalia.com, these Nexus hubs have simple plain bearings:

The better Nexus Premium versions with high-quality needle bearings are: 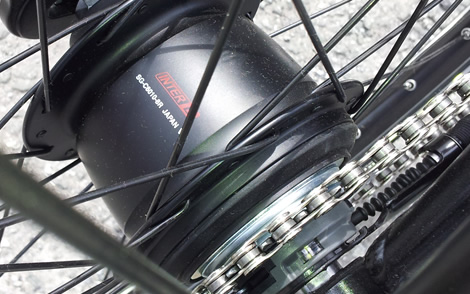 Next to the Shimano Nexus, let's take a closer look at the Alfine hub. It looks higher quality, but is perhaps only simply painted black compared to the Nexus. There is no longer a premium version here, but an 11-speed Alfine hub, which is much more expensive than the 8-speed Alfine. According to the specialist dealer, both Alfine versions should run better than the cheaper Nexus versions, which Shimano can now also paint in black (matt) on request. The red stripe of the older Nexus premium version has not been around since 2014. The Shimano hubs can now only be printed via the printed serial number. be recognized. Shimano has never said exactly how the Alfine and Nexus Premium hubs differ from each other. Two clear differences are often swept under the table: the alfine hub can be supplied with a disc brake, which is not the case with the Nexus. In order to be able to absorb the higher forces of a disc brake on the hub, the Alfine axle has been designed to be somewhat more stable. In addition, the “chic” rapid fire lever on the Alfine consists of a thumb switch, with which you can only shift up or down 2 gears per stroke. What sounds like a little detail is better solved with the cheaper Nexus: you brake at a red light at high speed and can switch effortlessly from 8th to 1st gear with a rotary switch. That is a real advantage. As far as I know, the twist grip is also compatible with the Alfine and can be retrofitted for relatively little money.

3 gears more of course spread the efficiency of a hub immensely, but unfortunately there is a small problem: The 3 gears are all above the 5. Corridor. However, the fifth gear is the best for Shimano, because it is the only one that can do without gearbox transmission and transmits the power of the chainring almost 1: 1 to the rear wheel. Normally, hub gears are so constructed that the average speed possible in a 1: 1 gear without gear can be driven, Because here it is then slightly similar to a derailleur, almost without friction losses - except for the friction of the chain links themselves.

The 11 Gang Alfine version This gives away my real potential in my opinion, because your extra 3 gears are all over the low-friction 5. Corridor. Too bad, because the overall translation is downgraded on 11 gear alfine hubs, of course, total. In English: The formerly light, fifth gear is far below the average speed, because trained cyclists in 11 gear shift rather in 6. or 7. Drive gear. The overall grading of the Alfine 11 gear hub may therefore be questioned because the formerly lightweight, 1: 1 translated, fifth gear is no longer in the range of average speed, but just well below. I drive with the 11 Gang Alfine in 6. or 7. Gear from 11 gears and must constantly move the planetary gearbox with all the friction losses. The old Nexus in 5. Gang (1: 1 translated without wheels) is certainly a bit easier. But that would be a hasty verdict against the 11 gang Alfine, because this runs in addition in a permanent oil bath.

For me, the big advantage of the Alfine 11 gear hub is not in the 3 gears, but in its smooth perma oil fill, which makes pedaling easier than any Nexus version, including the Alfine 8. There are, for that very reason, even bicycle freaks who use a Shimano 8 gear-nexus circuit Rebuilt to oil filling Take apart the hub, drill a hole in the drum, screw in the oil nipple, clean it up with care, reassemble it and enjoy a smooth oil filling à la Rohloff. It's not that easy to get the Nexus oil-tight without special Shimano tools, practice and know-how. By the way, an oil change is a good thing: all the gear hubs produce small metal splinters that can not escape as an oil-metal sump, but cause the mechanics to wear out. 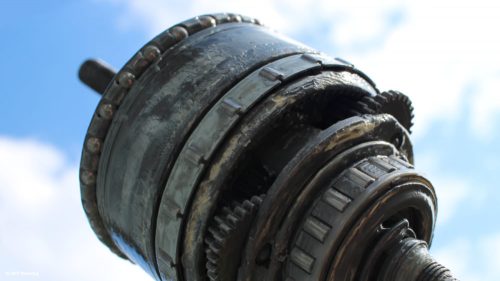 That's why Shimano recommends an oil change regularly or with the closed hub versions, a regular immersion of the innards in an oil bath. Details on the maintenance of the Shimano Nexus can be found here. The oil filling of the Alfine 11 gear is theoretically very attractive. Practically I drove on a test drive on a expensive Cannondale Bad Boy with Shimano 11 gear Alfine, however, that here too the pedals want to spin around in the freewheel, because the internal friction of the hub is still relatively high. At a derailleur that does not happen anyway. Not even at a cheap.

How much more power does a hub gear cost compared to a derailleur? 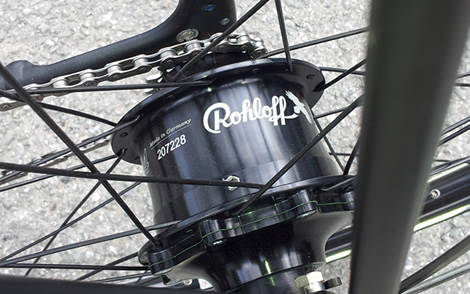 An average cyclist generates about 120 - 140 Watts on a tour. A gear hub wastes internal friction due to the gear engaged between 5 - 9 Watt. This is in contrast to a chain shift already noticeable (but must be clean, otherwise the comparison lags), since the hub thus brakes about as strong as a hub dynamo with lighting at 25 km / h.

The noble Rohloff Speedhub Brakes in contrast to Nexus, Alfine and Co only half as strong. She also has a license for tandems, which also lacks the Shimano hub. The Rohloff gear hubs are for me personally the best compromise between freedom from maintenance & smoothness on a fast bike for long tours. Incidentally, further technical details on more expensive hub gears can be found below fahrradzukunft.de, a highly interesting bicycle website. Also the Wikipedia offers an interesting page about the history of hub gears. 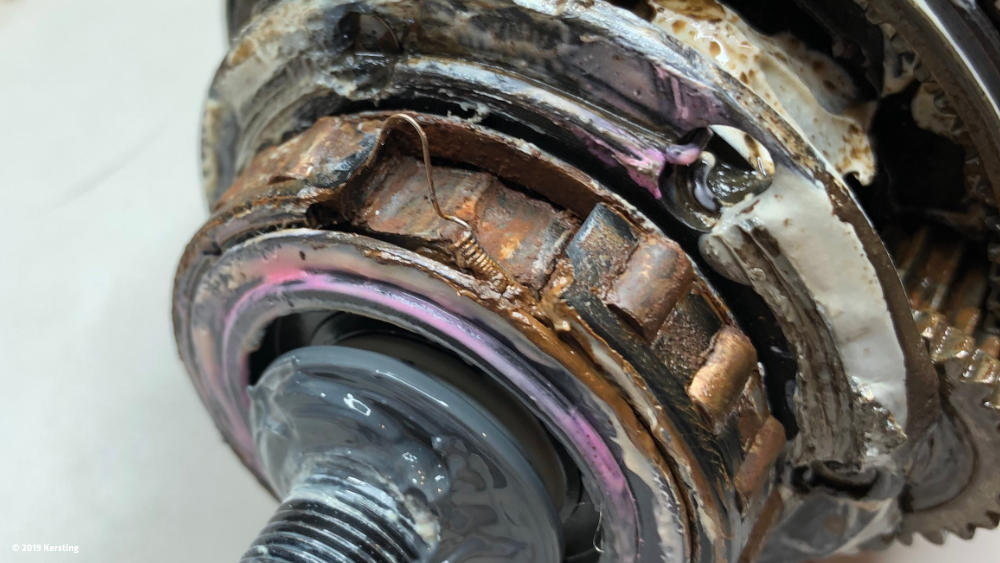 Broken Nexus 8 hub with broken bearing cage: This hub has not been serviced at all over 12.000 kilometers. The bike was often parked in the rain and regularly driven in winter. > Could the nexus problems have been avoided? Photo: Henrik P.

Note on the efficiencies or friction losses in hub gears: The information in journals and in the network vary greatly, so I decided after a critical reader notice to take out the former values ​​of 90-96% efficiency again. They were too optimistic. Objective measurements are not entirely trivial, but depend heavily on the load - such as: shopping wheel driven with 50 Watt - or hobby athletes with 200 watts continuous power. A realistic impression of the efficiencies of the hub gear is available Fahrradzukunft.de and here.